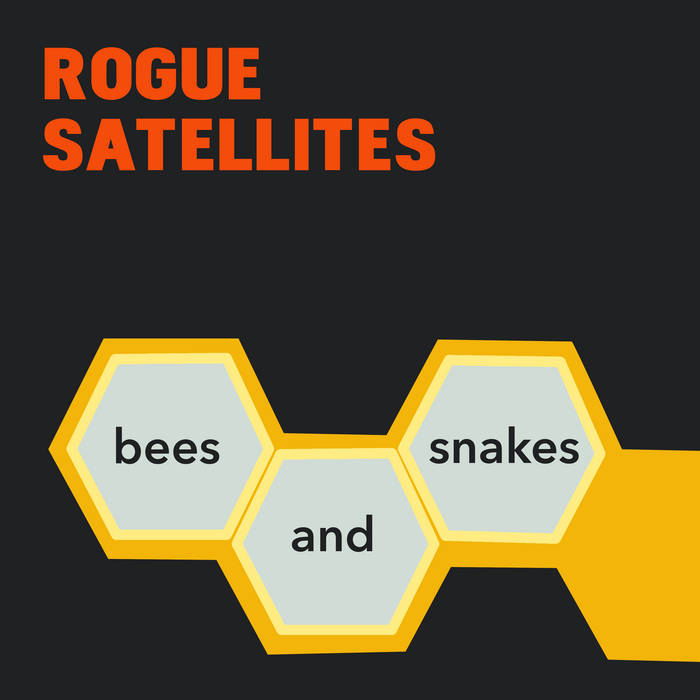 Bees and Snakes is the third full-length album from Rogue Satellites, recorded at Space Camp Studios in Ferndale, MI. Dark, noisy, pop songs abound, the album is an epic whole comprised of succinct parts. The tracks have a raw, organic feel, but make use of negative space and clean lines. The lyrical content moves between the real and the surreal, exploring dark psychological themes.

The art rock duo, Rogue Satellites, matures on Bees and Snakes, incorporating a diversity of instruments in more sophisticated compositions. They draw influence from 60's psychedelic pop as well as late 70's post-punk and benefit from the production of Eric Oppitz and Sean Morrow of the psychedelic trio, Sisters of Your Sunshine Vapor.

Jaye Thomas and Lisa Poszywak of Detroit’s Rogue Satellites started working together in 2011. Since then, their evolving post-punk sound has been captured on three full-length records, Other Angels (2013), Bees and Snakes (2015), and Black Wings (2018) as well as a 7”, entitled Double A Side (2014). Rogue Satellites return with a new EP titled Baby I'm Jeff slated for release in early November. ... more

Bandcamp Daily  your guide to the world of Bandcamp

outré black metal, with a Victory Over the Sun interview and music from Liturgy and Jute Gyte.